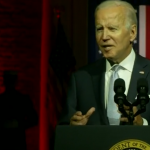 “On Sunday, September 2 [1945], more than 250 Allied warships lay at anchor in Tokyo Bay. The flags of the United States, Britain, the Soviet Union, and China fluttered above the deck of the Missouri. Just after 9 a.m. Tokyo time.”(1)A&E Television Networks. (2010, February 9). Japan surrenders; World War II ends. History.com. Retrieved September 2, 2022, from https://www.history.com/this-day-in-history/japan-surrenders This was the scene of the Japanese surrender. Say what you want about the devastation of Japan, but Total War is the only way to win a war. Thanks to Tecumseh Sherman, much of the Old South was obliterated. The brutality he unleashed made him the most hated man in the south. To this day, his name emotes anger.

The goal of a fight is to stop to the fight. It isn’t to encourage your enemy to keep hitting you. You strike with overwhelming force, crippling your opponent, ensuring the enemy doesn’t strike you back. In warfare, Americans fail to remember this lesson. After World War II, our military engagements aim towards stalemates, not victory.

In politics, the American left is engaged in Total War with its enemies, conservatives and the Constitution. #BidensSpeech last night, against an ominous dark crimson background, positioned the most powerful office in the world against its perceived opposition, the 74 million people who voted for his opposition.

Government is duty bound to fight terrorists and insurrectionists which is why we are labeled as such. The President (or his handlers) wants to apply the force of his position upon their perceived enemies… for the “good” of the nation.

The first stages of eradicating German Jews wasn’t to move them to concentration camps. It was to weaken them with propaganda, name calling, segregation, disarmament and dehumanization. Germans believed they were just doing their civic duty by eliminating them. History tends to repeat itself. If you refuse to take lessons from the past, horrors will be revisited. America mustn’t forget its founding, the reason it came into being and the principles that made this country great. That is the only way to secure the blessings of Liberty. That’s not terrorism Mr. President. That’s love.

Much of this article is reproduced from our Twitter thread. Posted 9/2/2022.