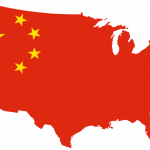 In 2020,  candidate Joe Biden spoke about COVID saying he was “absolutely convinced that in 100 days we can change the course of the disease and change life in America for the better.” Some people believed him and voted for this promise. If they knew that Biden’s “change of course” meant that COVID deaths would more than double once he took the helm, they may not have been as eager. It is sad commentary to say that most politicians lie, especially on the campaign trail. Biden treats the American people children. We are too naive, uneducated and reckless to possibly survive without restrictive regulation, overbearing oversight and frequent, felonious, fairytales. Lies flow like water from the federal administration from every lip capable of spewing propaganda. Mother government will tell you lies … for your own good. Truth is the casualty of a unified propaganda team of the main stream media, our government, and the government of China. China has led the world on the distribution of lies related to COVID and has been the only benefactor of the disease.

While campaigning, Biden claimed China was not a threat to the US. He called Trump xenophobic when he implemented a ban on Chinese travel. In an over-the-top statement, that few challenged him on, Biden declared, “If the president had done his job — had done his job from the beginning — all the people would still be alive.” For emphasis he then repeated, “All the people.” He said this in a publicly televised CNN town hall on Sept. 17, 2020. Even the Washington Post said he was making up this whopper of a lie. The first deaths from the Virus were recorded in America in January of 2020. China and the WHO were claiming the virus was difficult to transmit. We did not find out until later that China had already banned travel to and from Wuhan within its borders, but permitted it internationally. Vaccines were not released, under emergency use authorization, until December of 2020. This was in record time thanks to Trump’s fast track plan. The Johnson and Johnson vaccine did not become available until after Biden took office. If vaccines were the answer, Trump did the legwork to prepare Biden for success. Biden supposedly took charge in January, but deaths from COVID under Biden have exceeded those under Trump. We are 10 months into his administration and we wonder why Biden places the full faith and credit of the U.S. behind China. Is there any wonder why it was widely reported that China wanted Biden to win?

Frustrated, Democrats and Republicans, including our own Senator, Marco Rubio, from the senate committee on foreign relations wrote a letter to the president begging him to conduct a formal review of the origins of the virus … from China (The irony is not lost on me). Before this pressure was applied, the Biden Administration was seeking assistance from the World Health Organization (WHO) which was complicit with China in covering the country’s culpability.

Almost a year prior, Senator Martha McSally and our senator Rick Scott were calling for the WHO to be investigated for paroting the same lies the Chinese Comunist Party (CCP) were spreading to their own population.  In an interview with The Atlantic, Senator McSally said “Anybody who’s clear-eyed about it understands that Communist China has been covering up the realities of the coronavirus from Day 1,” …. “We don’t expect the WHO to parrot that kind of propaganda.” Less than three months later President Trump notified the WHO of our official withdrawal from the organization effective on 6 July 2021. This is a decision the Biden administration reversed on his first day in office meaning the US was once again going to pay for the Communist Chinese propaganda flowing from the WHO.

Financially, the only nation that might prosper from mask mandates, mandatory testing and other Personal Protective Equipment (PPE) is China.

Before the pandemic, China already exported more respirators, surgical masks, medical goggles and protective garments than the rest of the world combined, the Peterson Institute for International Economics estimated.

Beijing’s coronavirus response has only added to that dominance. It increased mask production nearly 12-fold in February alone. It can now make 150 tons per day of the specialized fabric used for masks, said Bob McIlvaine, who runs a namesake research and consulting firm in Northfield, Ill. That is five times what China could make before the outbreak, and 15 times the output of U.S. companies even after they ramped up production this spring.

The Biden administration agreed to spend nearly $3 Billion of your tax dollars on coronavirus home test kits to provide to “underserved” populations. Aside from this clearly being an unconstitutional act better provided by State and local governments, it is yet another way to funnel more cash to China and other foreign nations. Last July, Employees at Abbott’s lab in Maine were destroying their supply of test kits since low demand had made them unprofitable. They now have a federal contract valued at just around a half billion. Another American company that manufactures its COVID home test kit in Pennsylvania, Orasure Technologies, only received a contract valued at just over $100 million. Another large contract valued at $629 Million, went to Celtrion which is based out of South Korea. The biggest winner so far is ACON Laboratories which received FDA approval for its test kits in October. It is an American company, but its primary manufacturing facility is in Hangzhou, China. The average price of a test kit is approximately $23. Our government plans to purchase at least a billion dollars worth right now with more in the future. By December of 2022, the company plans to have produced over 2.6 million of the kits. If they are able to produce and sell the kits for half of the cost, using Chinese slave labor, with the American government as their biggest customer, their gross profits will exceed $31 Billion. Much of that money will flow to the CCP.

This was not written to assign blame, but to present facts. Biden lied, or at the very least was irresponsibly naive when he campaigned on his skill to halt the virus. It was a political promise neither he, nor anyone else, ever had the ability to accomplish. Trump’s advocates reminded others at the time that Biden’s “plan” was vague and the goals mirrored efforts Trump already implemented. They were silenced and ignored by the “Orange man bad” narrative. Trump moved throughout his presidency to curb our dependence and support of the communist, inhumane, regime in China. Much of what he accomplished has been reversed. The beneficiary of Biden’s administration is China. China lied consistently throughout the entire span this pandemic. The WHO was used by China to spread lies about the virility of the virus and its origin. America is financing China’s slave labor market, propping up a dictatorship and demonstrating our acceptance of communism. When the accounting has been completed, China is clearly the cause and benefactor of the Biden Presidency.