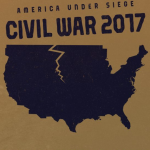 They’ve fought to stop the inauguration. They’re fighting to destroy or nation. If you are concerned about foreign entities promoting their ideals during our elections, you should be outraged by the roots, ideologies, and funding sources of the progressive radicals attempting to overthrow our entire government!

While 700,000 protesters converged on Washington D.C. for Inauguration Day—in addition to anti-Trump rallies planned in dozens of cities across the country—the political groups behind the protests remained shrouded in mystery.

Working with Dangerous Documentaries, director Judd Saul and conservative commentator Trevor Loudon have compiled a team of researchers and undercover operatives to probe the roots of the anti-Trump movement, highlighting the ultimate goals and ulterior motives. Mr. Loudon, a regular contributor to Glenn Beck’s online programming, is the foremost expert on the left-wing organizers of mass protesters,

« Call your State Senator TODAY and tell them to vote NO on SB 10,
2018 Florida Constitutional Amendments »